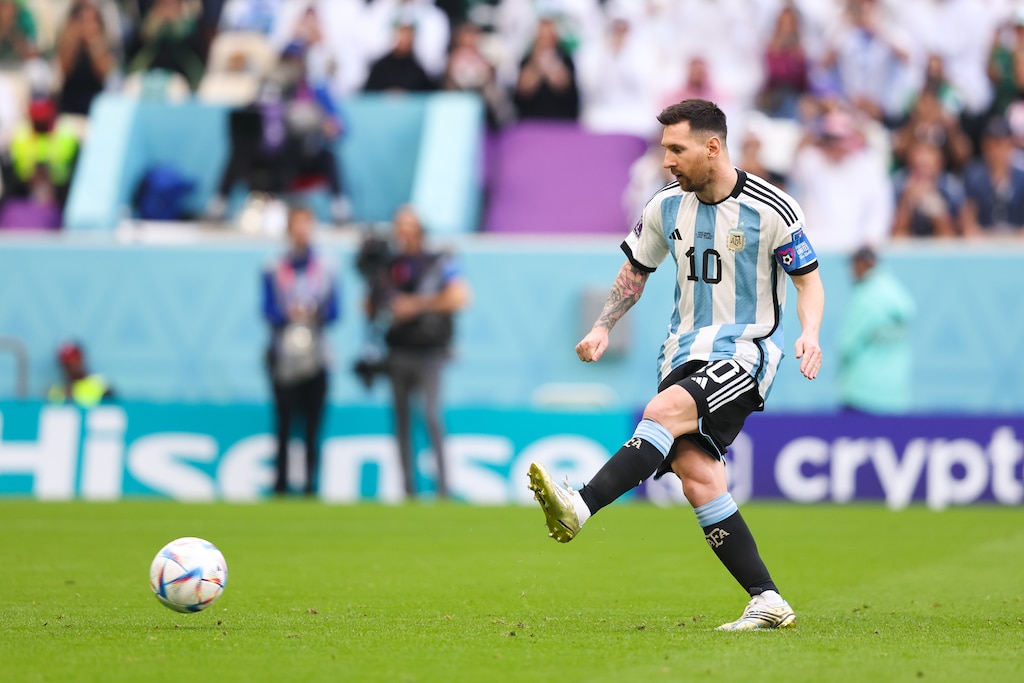 This is the premier event in soccer.

Qatar, a country in the Middle East, will host the 2022 World Cup, which will be contested by 32 national teams. This is the first year that the quadrennial tournament is held in the winter, as opposed to the summer.

In the opening round, there are a number of highly anticipated matchups, including the United States versus England on November 25, Mexico versus Argentina on November 26, and Germany versus Spain on November 27. Qatar will face Ecuador on November 20 to kick off the four-week competition.

This is your first World Cup, right? Here is everything you need to know in order to comprehend the pinnacle of the beautiful game.

What exactly is the fifa World Cup ?

The World Cup is the premier international soccer – or football, depending on where you live – tournament, held every four years, in which national teams compete to determine the best soccer team in the world.

It is one of the most watched sporting events worldwide. According to FIFA, more over 3.5 billion viewers watched the 2018 World Cup in Russia, while 1.12 billion watched the championship match.

France is the reigning champion after defeating Croatia in the 2018 final. South American and European teams, where the sport is hugely popular, have dominated the tournaments.

Is the United States going to play the fifa World Cup ?

Yes. The Men’s National Team of the United States has never won a World Cup. However, it heads to Qatar hoping to capitalise on the promise of a young squad widely regarded as its most talented ever. The team, led by Christian Pulisic, a forward for the English soccer club Chelsea, has several young players who compete for teams in Europe’s top leagues.

How were the World Cup qualifiers for 2022 chosen?

The tournament features teams from each of FIFA’s six regional soccer confederations, as well as the host nation. Each confederation holds “World Cup Qualifier” matches in the run-up to the World Cup.

Its teams play each other for points. A win is worth three points, a tie is worth one point, and a loss is worth nothing.

In general, the football teams with the most no of points at the end of the qualifying period get to represent their confederation at the World Cup. The qualifying process is different for each confederation, as is the number of teams that each sends.

Not every confederation will have a voice. And getting points in confederation play doesn’t guarantee a spot in the World Cup for every team.

One group that won’t be there is the Oceania Football Confederation. New Zealand, which was the best team in its World Cup qualifying tournament, lost in a playoff to Costa Rica, which was the fourth-place team in CONCACAF qualifying.

Some teams, like Costa Rica, just missed qualifying for the tournament at the start. The playoff system gives them one last chance to get in by knocking out another team.

Three European teams—Wales, Poland, and Portugal—made it to the tournament by beating other teams in the UEFA playoffs.

In some cases, like in Africa’s CAF, the top 10 teams had to play two-match playoffs, called “two-legged ties,” to get down to the final five. Teams got into the World Cup based on how well they did in both games.

Fifa World Cup qualifying usually starts the year after a World Cup tournament and ends a few months before the next tournament.

How did the teams for the World Cup get picked?

The tournament has eight groups, each with four teams (Groups A through H). In April, each group was picked by chance from one of four pots. Teams were put into pots based on how they were ranked by FIFA. The teams with the best records were put in the first pot, and so on.

The US Men’s National Team was in pot 3 and was put in Group B with England, Iran, and Wales, which got into the tournament by beating Ukraine in a playoff.

How do World Cup teams reach the knockout stage?

The top two teams of each group will advance to the knockout stage.

Three points for a win.
One point for a draw.
Losing earns no points.
If the top two clubs are tied in points, the team with the superior goal differential or head-to-head win takes first.

In the round of 16, the winner of one group plays the runner-up of another. Then eight teams, then four, then two will compete in the final on Dec. 18. The day prior, the semi-final losers play for third.

Why is the 2022 FIFA World Cup being held in November?

If 2022 had been a typical World Cup year, the event would have been held in the summer. However, FIFA concluded in 2015 that the high heat of the Persian Gulf country made it unwise to play the tournament in the summer, thus it was moved to the winter.

Neymar and Brazil are favourites to win this year’s World Cup. Since 2002, Brazil hasn’t won.

Where will the World Cup take place in 2026?

The 2026 World Cup will be hosted by the United States, Canada, and Mexico. Games will be held in 16 cities, including Houston, Kansas City, Los Angeles, Atlanta, Boston, Dallas, Miami, New York/New Jersey, Philadelphia, San Francisco, and Seattle. These 16 cities will host a bigger tournament. For the first time ever, the next World Cup will have 48 teams.

No comments to show.